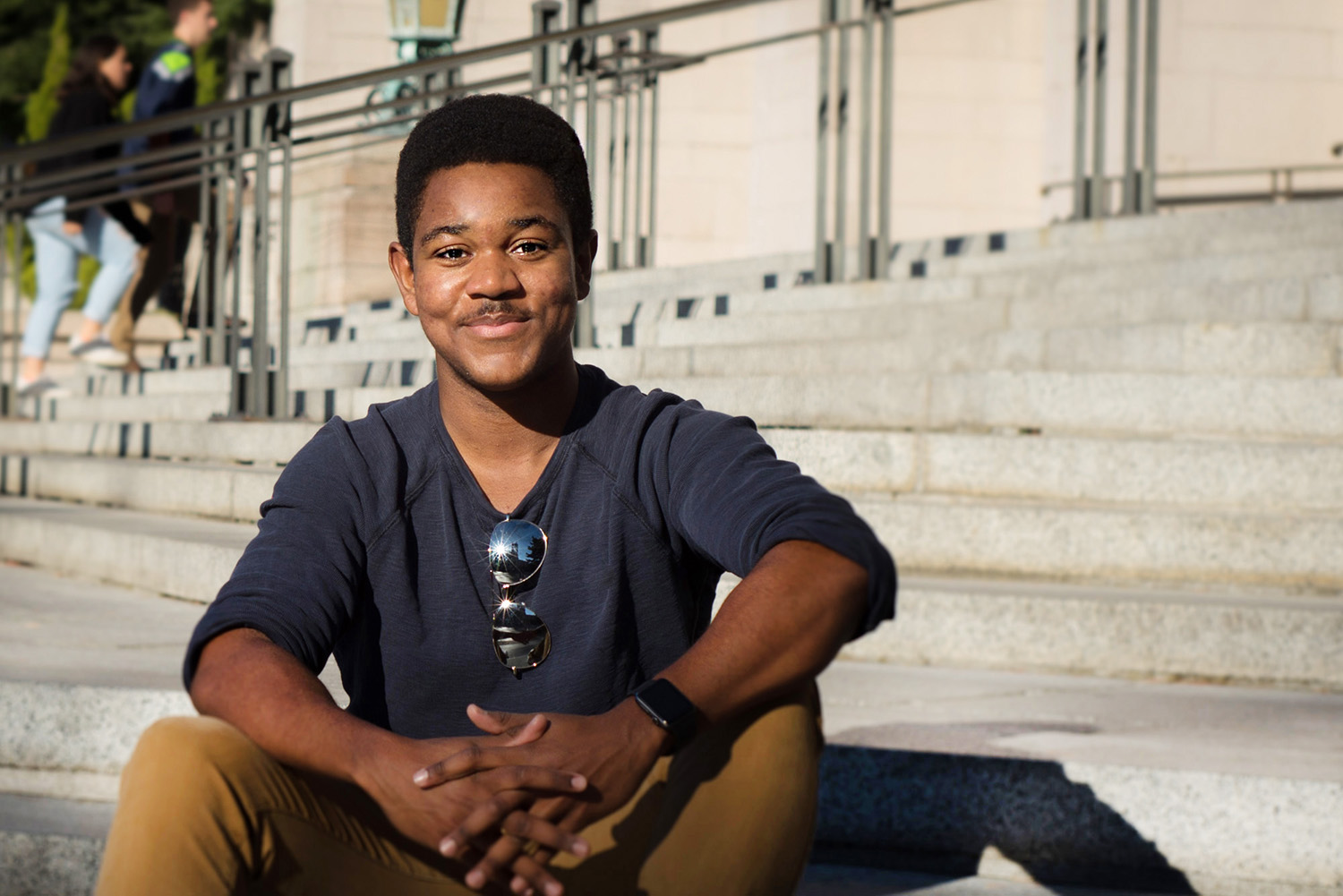 “I’m very grateful that I’ve made it here. I’ve learned how to deal constructively with everything that I’ve gone through, and I’ve gained so much along the way.”

Wade Washington was just 15 years old when he got a phone call that changed his life: He was going to receive a kidney transplant.

At birth, Washington was diagnosed with bilateral cystic kidney disease, a genetic disorder that caused one kidney not to function properly and prevented the other one from growing. For the first decade or so of his life, he could feel the symptoms of the disease, but they were mostly manageable.

“When I was younger, I wasn’t in as critical of a state as when I began dialysis,” says Washington. Despite facing symptoms like extreme fatigue and gout, he played football (wearing special kidney-protecting padding) and performed with the Seattle Youth Symphony Orchestra as a cellist. “But as I got into high school,” he says, “that’s when I really felt the effects of kidney disease.”

Washington’s doctor told him that his kidneys were at only 11 percent functionality. Less than 25 percent means serious problems, and below 15 percent is considered kidney failure.

Washington began dialysis not long after, and gradually he began spending more and more time at each dialysis treatment. About a year into treatment, he lost consciousness during one of his appointments. “I was told that I would need to get a fistula, which is a permanent access point for dialysis,” he says. This put him on the transplant list, where some patients stay for years as they wait to receive a new kidney.

The call that changed everything

A few months later, Washington’s family received a call from Seattle Children’s Hospital notifying them that he was second in line for a kidney. “It wasn’t a

guarantee, but it was something,” he says. “Then the next morning, I got the phone call that I was now the primary recipient.” It turned out the person ahead of him hadn’t been a match.

“I was so excited, but at the same time, I had this realization that this other person wouldn’t be getting a kidney today,” Washington says. “I realized that it’s not just me in my bubble, and it wasn’t really fair that I got the kidney and they didn’t.”

Washington resolved to pursue a career where he could change that outcome. His decision was further solidified after he met Andre Dick, M.D., the surgeon who performed his kidney transplant.

“When I saw him, I was taken aback,” says Washington. “I always had a stereotypical view of a surgeon being an older white man, but when I saw that Dr. Dick was African American, I thought, ‘I want to be him someday.’” Read more >>