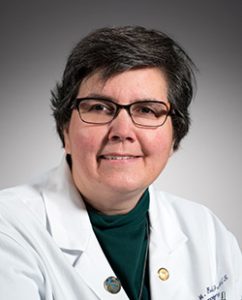 Following the recent deadly events in El Paso, Texas, and Dayton, Ohio, there are nationwide calls to address these mass shootings. However, firearm violence happens every day.

“I think it’s important to recognize that mass shootings represent one percent of the firearms problem in this country,” said Eileen Bulger, chief of trauma at Harborview Medical Center in Seattle. “And it’s a horrible thing that we have to solve but we have to tackle the big picture, the 40,000 people that die every year in the country from firearm violence. We can’t forget them.”

In 2017, the number of deaths from firearm injuries exceeded that from motor vehicle crashes for the first time. Bulger, also a professor of surgery at University of Washington School of Medicine, says the American College of Surgeons worked with groups to develop a list of recommendations that can make an impact on firearm violence. She explains taking a public health approach to the issue, in the way car crashes and smoking were addressed, could be a solution.

The public can also participate by being prepared in case of a shooting incident. One way is to learn basic skills for bleeding control as a part of Stop the Bleed.