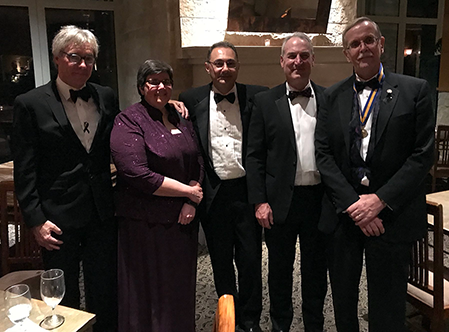 Dr. Ronald Maier, The Jane and Donald D. Trunkey Professor & Chief, Division of Trauma, Burn & Critical Care, and American Surgical Associations (ASA) president, presented his presidential address at the ASA’s 138th Annual Meeting. His presentation, titled “Our Calling,” addressed the recognition and identification of the inherent good of committing to equity, diversity and inclusion in medicine, as well as confirming the need for our commitment to move forward and become leaders for this change.

“A unique and enduring concept of the discipline of surgery is the legacy of critically identifying problems and working to eradicate or improve areas where we fall short. Surgeons have traditionally treated all patients equally and respectfully. However, in contrast to the many areas where surgery has blazed new trails, surgery has been slow to ensure equity, and embrace diversity whether, gender, race, ethnicity, sexual orientation, or other individual metrics within surgery. It is time to move beyond recognizing the absence of diversity in the surgical family and identify the goals and behaviors that can achieve greater diversity and inclusion.

Just as surgeons have committed to the benefits of adapting to new techniques and technologies that benefit our patients, we must also adapt our behaviors to improve equity and thus better our surgical community and our society. While we cannot alone change the culture in which we live and practice, we can be catalysts to greater equity in society, which will improve us all. Surgery departments should reflect the broader community or society in which we practice.”

Dr. Maier was elected President of ASA in April 2017. The ASA was founded in 1880 and is the nation’s oldest and most prestigious surgical organization. Its members include the nation’s most prominent surgeons from the country’s leading academic medical institutions, many of whom are Chairs of the Departments of Surgery at these institutions. Membership also includes leading surgeons from around the world, making it much more than an American association. The primary mission of the ASA is to be the premier organization for surgical science and scholarship and to provide a national forum for presenting the developing state of the art and science of general and sub-specialty surgery and the elevation of the standards of the medical/surgical profession. This mission is accomplished primarily by conducting an annual scientific meeting consisting of selected presentations containing the most current information available on clinical and research topics related to surgery or surgical specialties, including studies on outcomes, practice of surgery and ethical and other issues that affect its practice.