It may not come as a surprise to those of us in healthcare that lung cancer kills more people in the U.S. than any other cancer. A lesser known fact, though, is that it causes more deaths than breast, prostate and pancreatic cancers combined – more than 158,000 nationwide each year.

One reason lung cancer is so deadly, says Dr. David Madtes, director of the Seattle Cancer Care Alliance (SCCA) Lung Cancer Early Detection and Prevention Clinic, is that it’s often diagnosed at a later stage, when it’s less curable. “Lung cancer tends to grow silently and doesn’t produce symptoms,” he says. “By the time it does, the cancer is often advanced.”

That’s what makes it critical to find it early, when there is a high chance of a cure, says UW Medicine thoracic surgeon, Dr. Douglas Wood. “Although a number of incredible advances have been made in lung cancer treatment, the most significant opportunity to save lives is with screening and early detection,” he says. “It’s estimated that as many as 12,000-15,000 lives could be saved each year with implementation of lung cancer screening in the United States.” 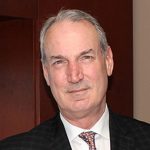 To address the need, UW Medicine and SCCA have developed a lung screening program that uses low-dose, yearly CT scans to detect lung cancer in its early stages. A national study in 2011 proved the effectiveness of CT screenings in finding lung cancer. Previously, doctors were stymied by a lack of any effective way to diagnosis the disease early.

The UW Medicine/SCCA screening program is covered by most major insurance plans, including Medicare and Medicaid, if patients meet the following criteria:

Those who are considered to be at high risk for lung cancer, but who do not fit these criteria can still get screened for about $750, but everyone needs a referral from a provider to enroll in the program. UW Medicine employees carrying Kaiser insurance should check with their primary care providers to identify available Kaiser screening programs.

While more than 800 people have taken advantage of the program since 2012 (27 of which were diagnosed with cancer), new enrollment remains low. “Less than 5% of eligible individuals are getting screened,” says Madtes. “We need more providers to be aware of the program and more patients – including UW Medicine employees — to know about it so they can discuss it with their providers.”

As part of the lung cancer screening process, individuals receive shared decision-making counseling from a qualified provider to discuss the specific benefits and risks of screening and whether screening is right for them.

Patients must be willing and physically able to undergo surgery if abnormalities are found during screening. Matdes notes that there is an 84% survival rate among patients who have surgery to treat early stage lung cancer.

For more information, talk to your primary care provider, call 206.606.1434, visit the website or watch this video.