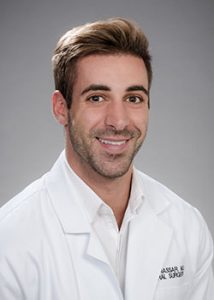 Amer graduated from medical school in Hungary in 2013. After graduation he pursued a research opportunity in New York City leading to authoring of a medical book. He then co-founded a non-profit organization which he ran during his free time. He started his surgical training at the University of Washington in 2015. His future aspirations are plastic surgery and specifically focusing on craniofacial reconstruction in the pediatric population. He continues to be peripherally involved in his non-profit organization in his free time, as well as pursue interests in deep learning and artificial intelligence in medicine.