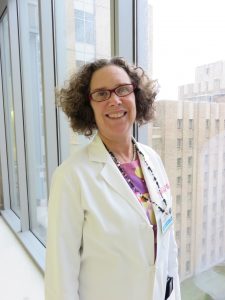 On the morning of Friday, May 3, Dr. Dirk Keene woke up in Atlanta to an automated alert message from the University of Washington. A radiation leak had been detected at the Harborview Research & Training (R&T) building in Seattle, the same building where he researches neurological diseases and trauma. At the time he didn’t think much of it. He’d seen plenty of these alerts before for chemical spills and laboratory accidents and they never seemed to amount to much; maybe a short evacuation or a day of cleanup, but never more than a minor inconvenience.

It wasn’t until he returned home to Seattle that it became clear this was no ordinary accident.

The roughly 200 research employees in the R&T building were told not to come to work that day. Those who showed up anyway were confronted by a building under complete lockdown and witnessed officials from over half a dozen state and federal agencies working to contain the radiation leak.

The Leak
Late on May 2, contractors for the Department of Energy (DOE) were removing an irradiator, a medical machine used to sterilize blood, when they accidentally cut into the radioactive cesium capsule while preparing the machine for shipping on the loading dock. Cesium powder is highly radioactive and can cause radiation burns and increase cancer risk. None of the 13 people present for the leak showed signs of cesium exposure, UW spokesperson Susan Gregg told The Stranger.

Once health workers were satisfied there was no greater threat to public safety, officials turned their attention to the massive seven-story building in front of them. How much airborne cesium powder had made its way into the R&T building? Nobody knew at the time that the DOE would still be trying to answer that question two months later.

“I tend to be rather optimistic, so I kept thinking, ‘Oh, it’ll take a week or so,’” Keene said. “Now I’m at the point where I think we’re looking at least to Labor Day and maybe even a little beyond that.”

A Labor Day reopening would constitute a four-month closure, which is unprecedented for the university. The Washington Department of Health (DOH) has the ultimate authority to release the building and will not do so until Chase Environmental, a DOE contractor running the cleanup effort, has checked the entire building for radiation and removed every known trace of cesium contamination.

Will Researchers Still Get Paid?
In the early days of the closure, Dr. Nicole Gibran, the associate dean for research and graduate education, other UW officials, and representatives from the DOE and DOH held biweekly meetings with the 35 principal investigators (PIs). Two researchers told The Stranger the magnitude of the closure fully sunk in when Gibran asked the group: “What do you need to get through the next six weeks?”

After confirming that there weren’t life-threatening issues and public health safety concerns, the immediate switch was “how do we get back to functionality?” Gibran said. “What do we do about our employees? How do we pay employees who are dependent on their salary?”

Gibran, both a UW Medicine administrator and an active researcher in the R&T building, understands the needs and concerns of these PIs. But since the leak, her focus hasn’t been on her own research (burn and trauma care) but on getting these researchers back to work and juggling the needs of about 200 employees.

For the first three weeks of the closure, employees were concerned that they wouldn’t get paid or that they would have to use up all their paid time off because they weren’t working. A central emergency fund created by UW President Ana Mari Cauce’s Declaration of Extraordinary Circumstances ensured salaried workers would be paid throughout the closure.

It took UW Human Resources several more weeks to decide how to handle hourly workers. The current policy is if they are working in their normal scientific capacity, then they’ll continue to be paid by the grant money funding the research. But if they are working on tasks related to the radiation leak, such as moving equipment or setting up new labs, then they’ll be paid directly from UW’s central fund. This ensures the grant money, most of which is publicly funded, is actually used for the research as intended.

From the beginning, the most resounding question Gibran and Dr. John Slattery, vice dean of research and graduate education, had heard was “when can we get back to work?” MORE