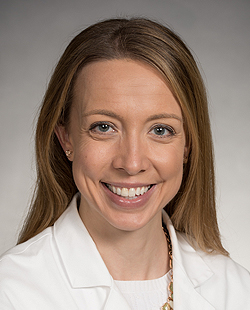 People who receive a diagnosis of colon cancer before age 50 are more likely to be have a later stage of the disease, compared with older patients, according to a preview of study findings presented by the Colorectal Cancer Alliance. The findings will be formally presented March 29-April 3, 2019, at the American Association of Cancer Research meeting in Atlanta.

The late-stage diagnosis was partly attributed to lack of recognition of the disease by physicians and partly to patients’ failure to report symptoms early on.  With rising rates of colorectal cancer in younger adults, Erin Lange, a colorectal surgeon at UW Medicine, explains the symptoms to be mindful of, no matter your age. MORE